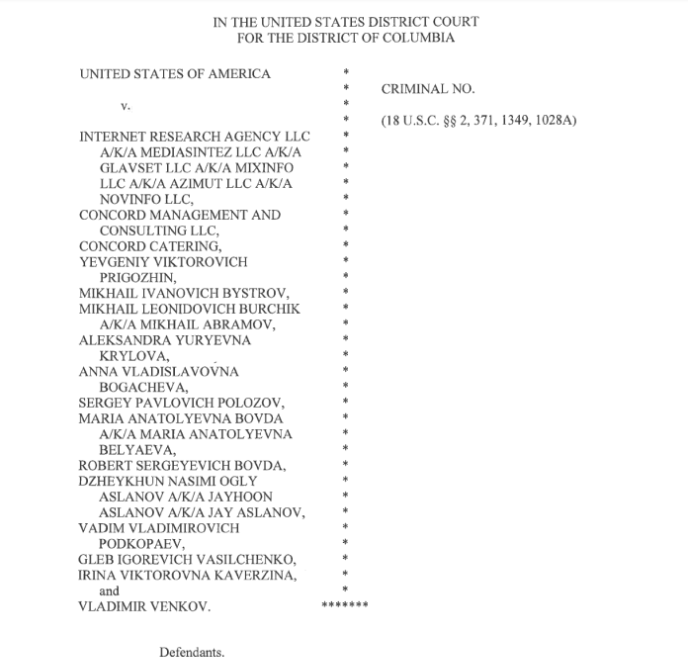 WASHINGTON — The Justice Department charged 13 Russians and three companies on Friday in a sprawling indictment that unveiled a sophisticated network designed to subvert the 2016 election and to support the Trump campaign. It stretched from an office in St. Petersburg, Russia, into the social feeds of Americans and ultimately reached the streets of election battleground states.

The Russians stole the identities of American citizens, posed as political activists and used the flash points of immigration, religion and race to manipulate a campaign in which those issues were already particularly divisive, prosecutors said. read more