In our council district on January 3, 2023, a group of LAPD officers immobilized and pinned a 31-year-old father and high school English teacher named Keenan Anderson after a hit-and-run incident. Claiming Anderson resisted efforts to detain him, officers administered six 50,000-volt Taser shocks. Anderson was evacuated from the scene unconscious and died in custody at a local hospital.

LAPD policy states that officers "may use the Taser as a reasonable force option to control a suspect when the suspect poses an immediate threat to the safety of the officer or others." By all available evidence Anderson’s actions do not appear to meet that standard.

few words — including 'Help me, please' — as he repeatedly cried out in agony."

We need to name this for what it appears to be: an unwarranted and excessive use of force by LAPD officers, which led to an unnecessary tragedy.

The police work for all of us. We need officers who will demonstrate nonviolence and good neighborliness. When the community lacks confidence in police officers’ calm professionalism, it is an emergency of the most urgent sort.

We request that Mayor Bass, the City Council, the Board of Supervisors, the County Sheriff’s Department, and the Los Angeles Police Department immediately take all steps needed to ensure that the police employ patience and de-escalation, exemplifying nonviolence to our whole city. Specifically, we request that law enforcement adhere to proper procedures when employing potentially lethal or debilitating force. We further ask that each of you participate in public meetings before community councils or other local organizations over the next three months to report on your progress and field questions.

Statement of condemnation of city councilors

The Pacific Palisades Democratic Club joins the chorus of appalled Angelenos who have now heard the vulgar conversation between elected city officials of the highest rank, revealing how they violated the public trust.

The statements — made chiefly by former Council President Nury Martinez, who has now resigned, along with other councilmembers — are despicable and unequivocally deserve condemnation.

Kevin de Léon and Gill Cedillo, who both engaged in appalling conversation replete with exploitative politics and derisive narratives at a meeting where they believed they couldn’t be heard, both must join Ms. Martinez and resign. We must condemn the sentiments, freely exchanged between elected officials who have violated the public trust in the most daunting way, and hold these councilmembers accountable for their conduct.

It is truly a matter of great dismay to think that trusted elected officials would allow themselves to conduct the work of the people in this universally offensive manner — when they believed no one was listening. Writer C.S. Lewis echoed Charles Marshall, who said, “Integrity is doing the right thing when you don’t have to — when no one else is looking or will ever know....“ Rarely is that more true than when holding the public trust, and this recording lays bare that all three of these councilmembers lack integrity.

Having breached the public trust in the most vile of ways, the two councilmembers who have elected to remain in office must also resign.

The PPDC Board of Directors 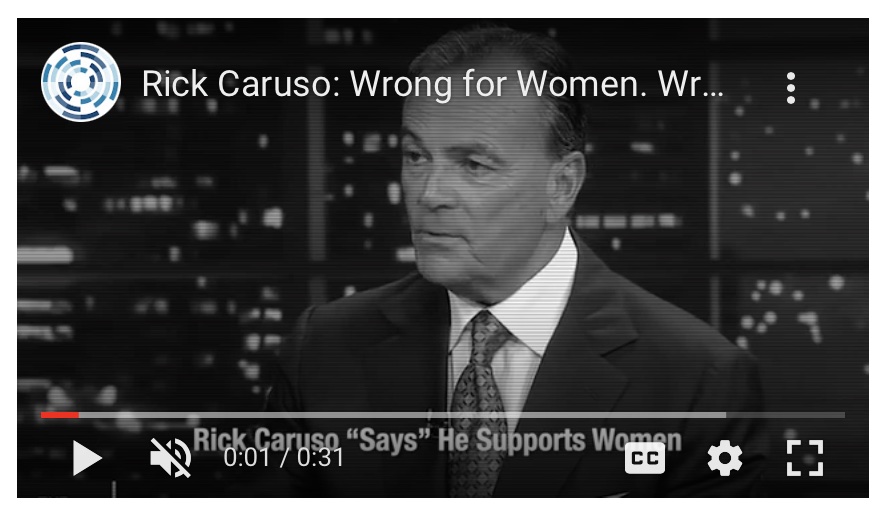 If consistency on the right to choose is an issue for you, here's an independent expenditure campaign to help Karen Bass win the race for L.A. mayor — against a formidable foe who, until recently, was a Republican, with a record of being anti-choice. Especially important to consider in 2022, when women's right to control their own bodies and protect their lives is on the chopping block (and has been sliced and diced already)
•
Click to see the hard-hitting ad and donate so it gets seen
•
For our friends who support Caruso, no hard feelings — ours is a big tent!
Caruso now says he's pro choice, which is much appreciated. The ad shines a light on his past actions so that voters can decide how they feel about the candidate's past vs. current views
•
https://secure.actblue.com/donate/nocaruso2