Your Westside Dem HQ is going strong,
along with the Grassroots Dems HQ 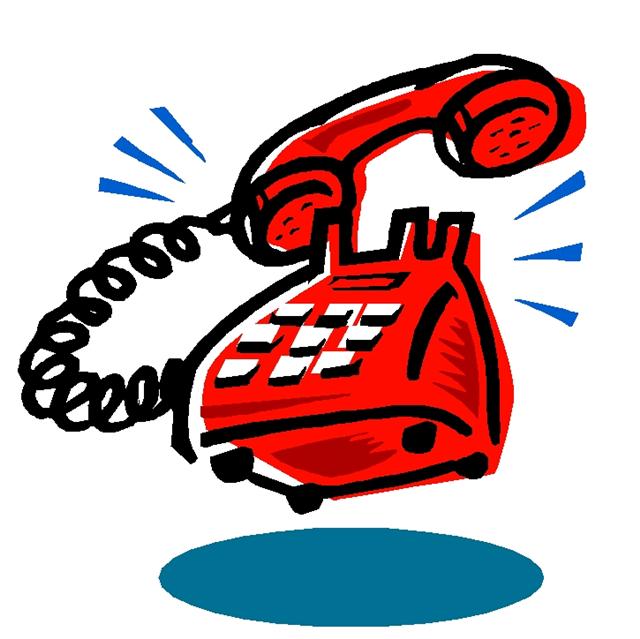 We did it! Together we defeated the ridiculous Republican recall

And oh, what a relief it is.
Of course, there's still work to be done
on other campaigns
across the country
pretty much ... always

It's no longer Halloween, but frighteningly, there are proposals to split the Palisades down the middle, using Sunset Blvd. as a dividing line and possibly grouping us with parts of the Valley.

PPDC is joining the Pacific Palisades Community Council in strong opposition to these proposals. Please take a moment to read our letter (below) to the redistricting commissioners.

If you agree and would like to give your own feedback on the district maps, please visit https://airtable.com/shrQDD2ta2emnSzzO and share your thoughts ASAP. The commission wants to finalize the maps very soon.

PPDC is also a co-host!

The first battle of the 2022 Midterms is happening RIGHT NOW in Virginia. Let’s send a message to the nation that we are NOT going backward!

All these amazing achievements — and countless others — can be rolled back by a Republican takeover this November.

We will be joined by Virginia Delegates Alfonso Lopez and Danica Roem, Congressman Jimmy Gomez, California State Senator Ben Allen, and a growing list of host committee members to raise funds in an effort to defend the state’s Democratic trifecta in the upcoming statewide elections. Your contribution will help them fight the millions of dollars of Trump Republican money coming into Virginia. 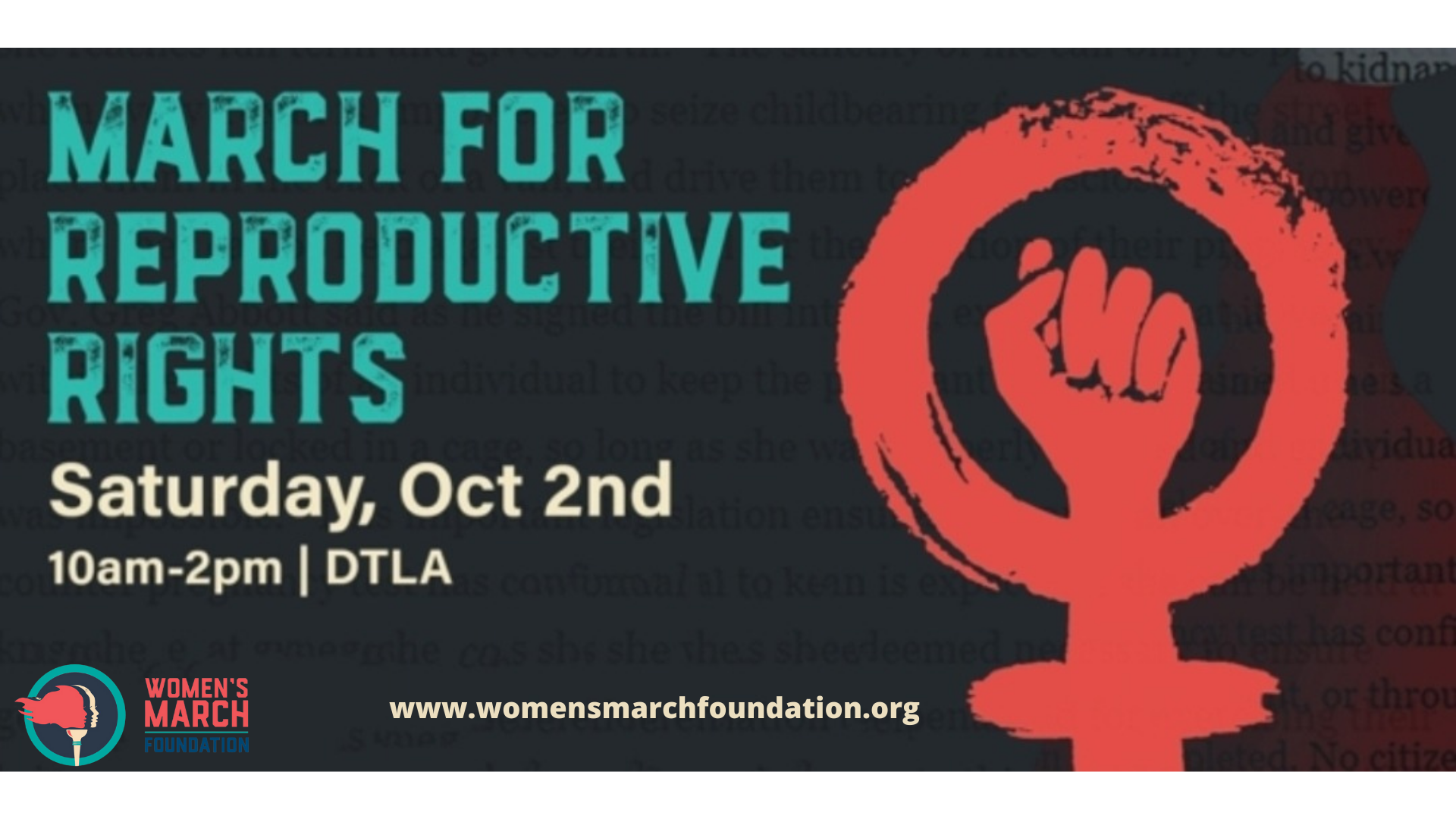 This is an all-hands-on-deck moment for women's rights. After Texas banned all abortions after six weeks of pregnancy, the US Supreme Court chose not to intervene — effectively allowing Texas to sidestep the precedent of Roe v. Wade
.
The Court will reconvene October 4, and two days before that they will see millions of women and allies, in every state and dozens of major cities, marching to defend their fundamental rights
.
Join us as we peacefully march with millions of people across the nation
to defend ALL women's reproductive rights
.
We won’t let lawmakers or the Supreme Court take away our reproductive freedoms.
Rise up and stand together!
.
Downtown L.A. 10 AM to noon
Westchester 10 AM to noon
.
#MarchForReproductiveRights
#BootsOffOurWombs
#MeetMeAtTheMarch
.
Want to volunteer to help with the march or see more details? Click here
.
=== SAFETY ===
FACE MASKS REQUIRED -- let's keep this event safe for everyone!
.
=== WHAT TO BRING ===
Rally signs, face masks, hand sanitizer, water, snacks, and noisemakers. Bring your friends and family too!
.
.
••••••••••••••••••••••••>>
.

Alas, plans for an in-person gathering have been scuttled by the Covid Delta surge. To be safe, we'll Zoom again. But the spirit will be the same! You'll still get to 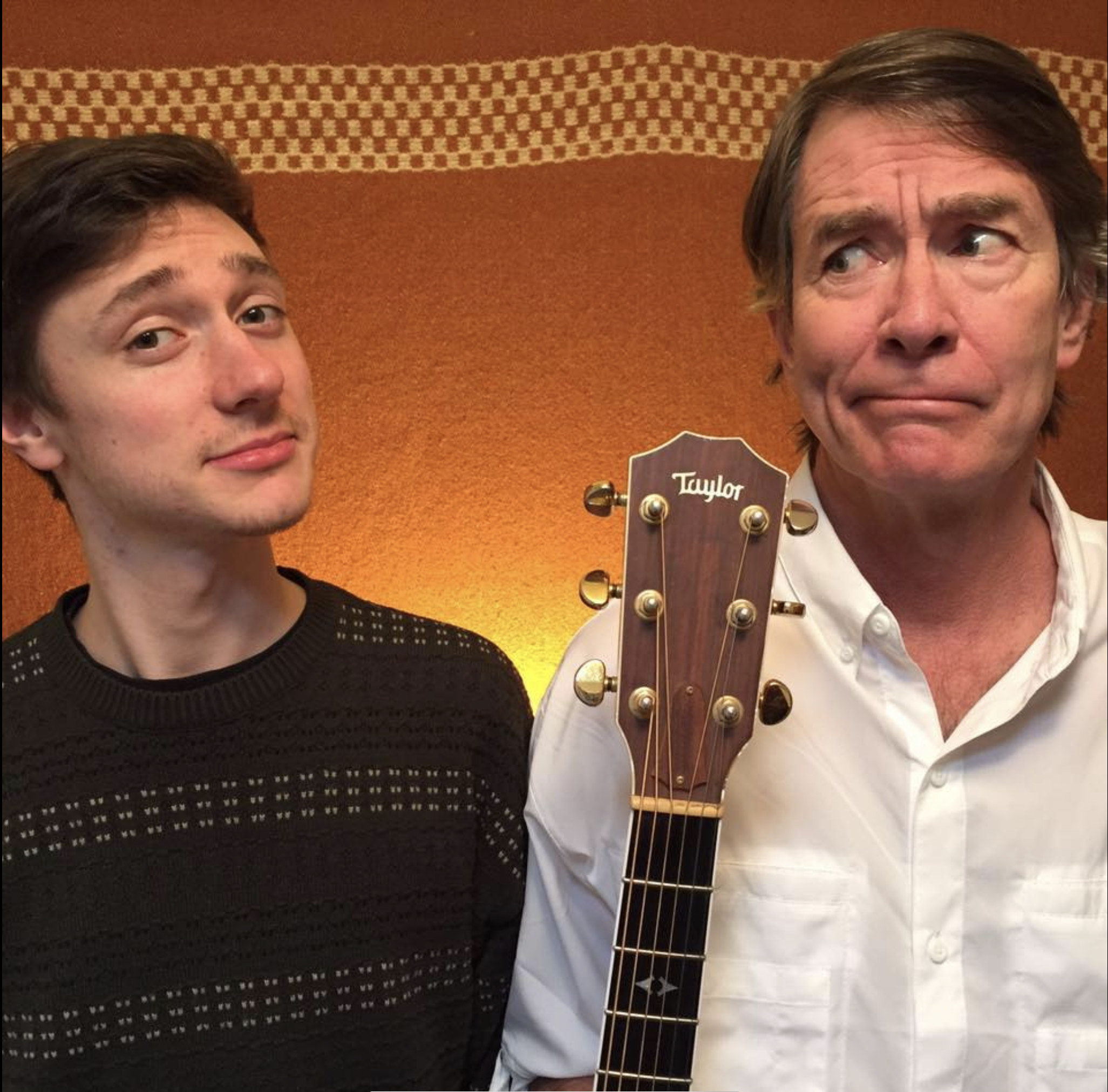 Click here or the pic above for a fun sample: ReverbNation.com/BuffaloRomeo

We can't afford to revert to Repbulican rule in Congress

Help us raise funds to keep seats BLUE in '22

for a Stop the Recall canvass

Thanks to everyone to joined to hear her and knock doors against the recall!

Here's one fun way to get involved: Stretch your legs and meet up in the Palisades with friends, neighbors, and — the rumors were true — Senator Amy Klobuchar! 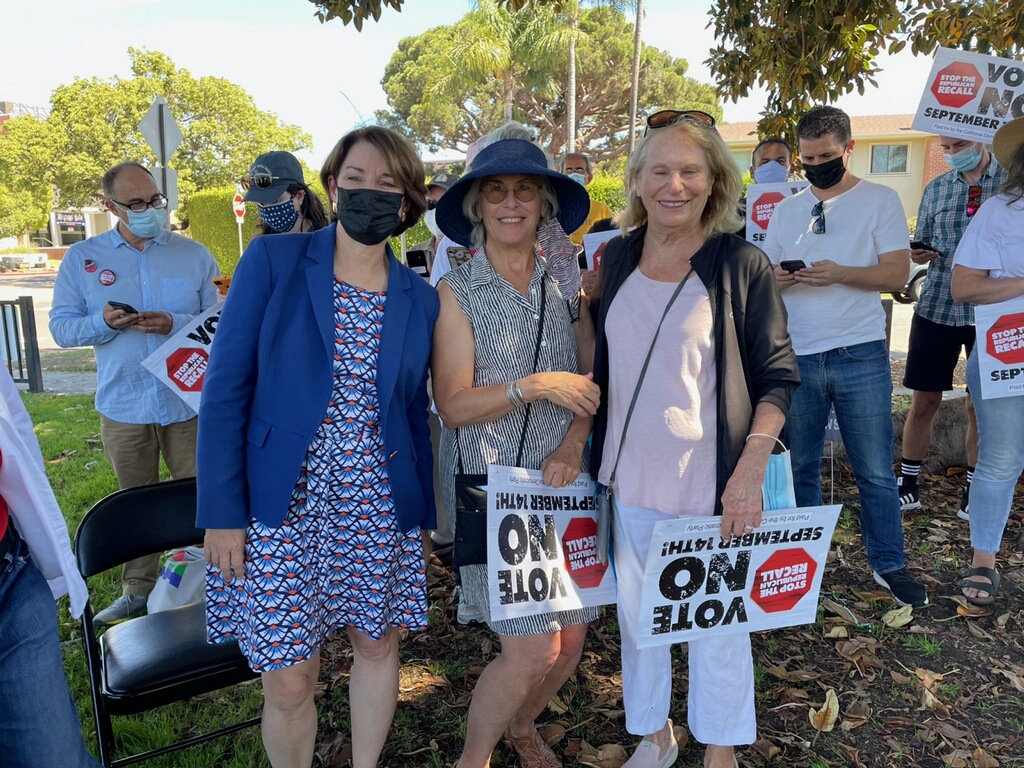 Another HOT TOPICS SPEAKER SERIES under our belts...

Thanks to everyone who attended our Sunday, 6/27/21 event

DACA and the Dreamers: What Comes Next?

with Lauren Connell, lawyer specializing in rights of immigrants and refugees

Featuring a video appearance specially recorded for the event from

our new US Senator, Alex Padilla 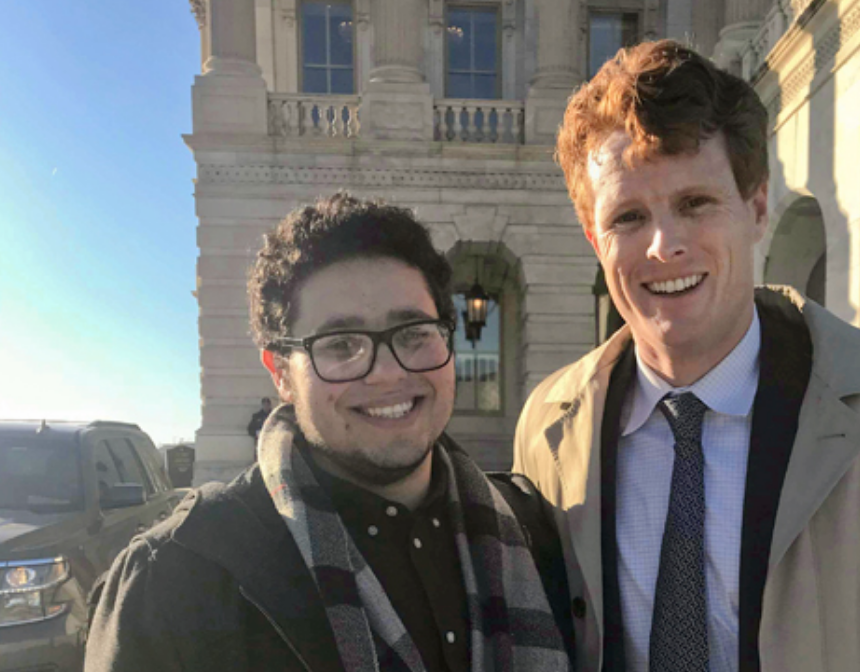 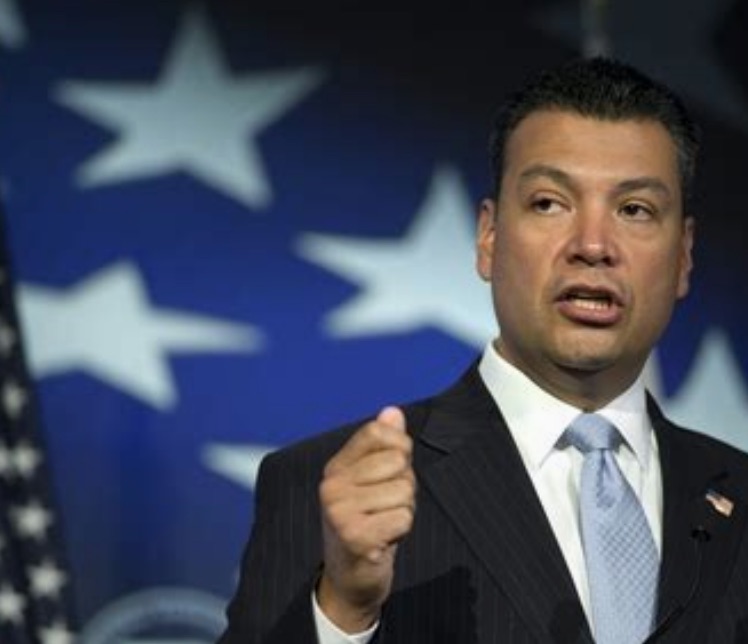 Elias Rosenfeld graduated from Brandeis last year. When he was 6, his family came to the US from Venezuela to escape antisemitic threats and kidnappings. But when Elias turned 12, his mother passed away. Suddenly Elias "fell out of status," finding himself undocumented despite being fully integrated into American society

In 2012 Elias became one of the youngest Dreamers to advocate for DACA,
President Obama's Deferred Action for Childhood Arrivals program

What's next for DACA and the Dreamers under President Biden?

We'll hear from Elias, Lauren Connell, and Sen. Padilla, and dive into the tumultuous topics of refugees, immigration, and America's role as the land of opportunity and a beacon of hope for the oppressed

Missed it, but intrigued?  Click here to watch the recording

Missed it but curious?

April update on the Republican effort to recall Gov. Newsom:

Eager to fight back?

Your Westside Dem HQ is still in action!

New for April/May:
Register Voters to Unseat Traitors!
Just hours after the attempted coup on January 6, 147 Republicans voted to overturn an American election. The good news is we’ve found 3 million unregistered Democrats in these traitors’ districts! If we register some of those voters, we can make sure they lose their seats by a landslide and replace them with Democrats who know the meaning of democracy
Welcome to our new
Adopt-a-Traitor's District (click here for more info or to sign up)
postcarding campaign!
•
Join Stacey Abrams and Senators Elizabeth Warren, Cory Booker, Bernie Sanders, and Alex Padilla in opposition to the Republican recall attempt of Governor Newsom!
SIGN UP HERE TO TEXT
We stand with Governor Newsom, who has led the state through a global pandemic, record wildfires fueled by climate change, and two years with Trump in the White House. He has earned the trust of Californians.
Newsom is working every day against difficult odds to keep our families safe, distribute vaccines, protect families from eviction, and provide billions in direct relief to individuals and struggling small businesses
If the Republicans take the governorship then they will
SIGN UP TO SEND TEXT MESSAGES
Reaching out to Californians via text message is one of the most important tools we have to stop the Republican recall. Please sign-up to say you'll volunteer to send texts. We'll be in touch
•
YOUR time, talents, and money made the difference in 2018 and 2020
It led to (D) majorities in both the House and the Senate
and the inspiring leadership of Joe Biden and Kamala Harris in the White House
Because of YOU, help is on the way to our beleaguered cities, states, and schools in the form of the
American Rescue Plan!
NOT ONE REPUBLICAN IN CONGRESS VOTED FOR THE AMERICAN RESCUE PLAN — NOT ONE
It's no surprise that the Republicans have introduced
253 new voter suppression laws in swing states
We won in 2018 and 2020 because we out-hustled the Republicans and registered new voters. Our path to victory again in 2022 is the same
We've adopted Pennsylvania, a "triple word score" swing state (with a Senate seat, Congressional seats, and important local races at stake) as well as Arizona (where we need to hold our gains at all levels) for both phone banking and postcarding
We can register new voters and help existing voters convert to permanent vote by mail with your help!
PHONE BANKS — CLICK HERE
Mondays 3 – 6 PM, Pacific to Pennsylvania
Thursdays 6 – 8:30 PM, Pacific to Arizona
.
••••••••••••••••••••••••>>
.

At our March board meeting,

Learn more about it here 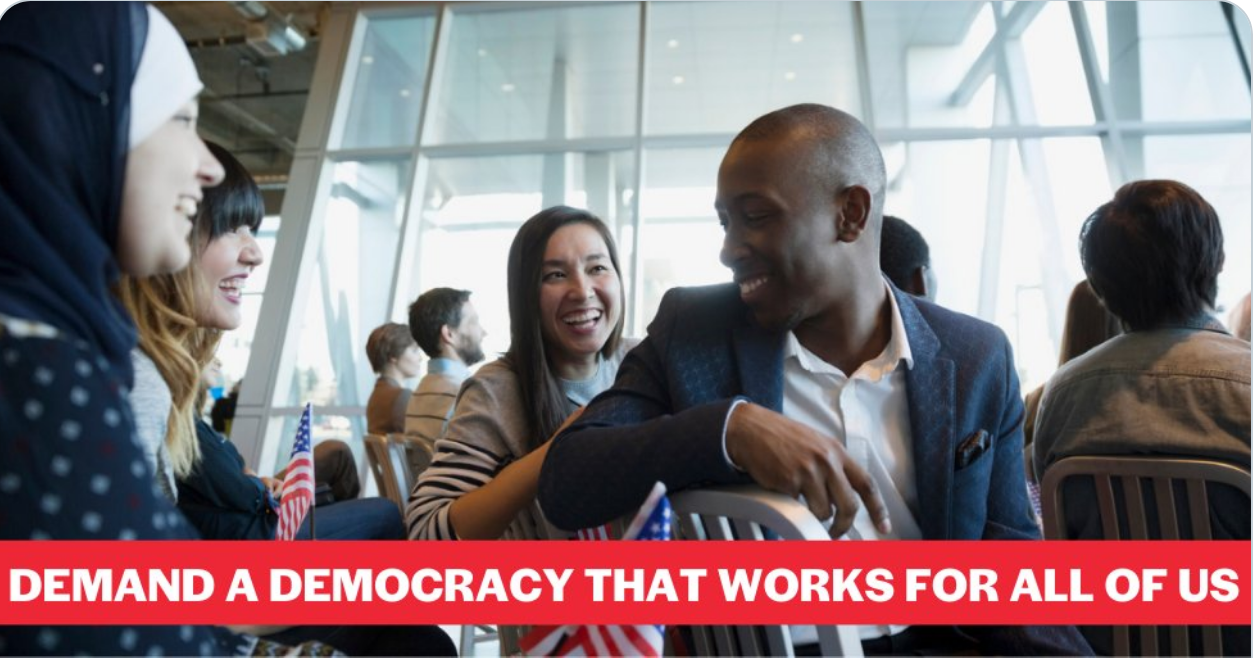 After Covid relief, nothing is more important than democracy reform.

to reform the filibuster to pass the For the People Act.

Otherwise democracy itself may be DOA next election. 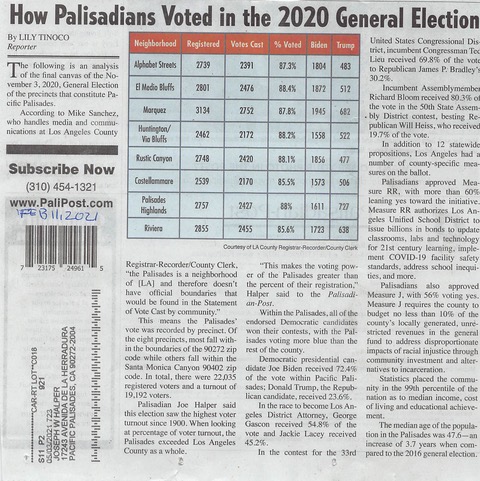 A more-than-fond farewell to our beloved Treasurer Emeritus,
Dick Wulliger, 88 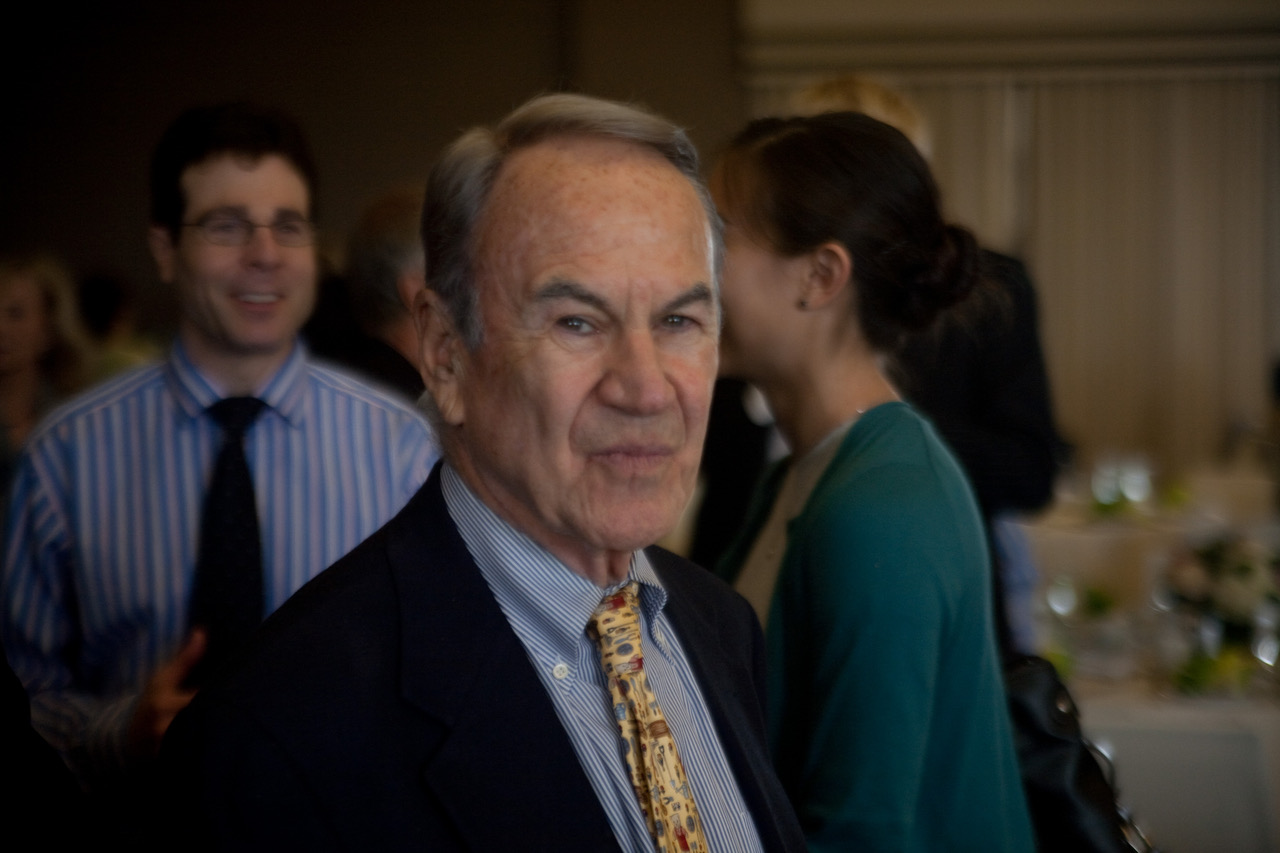 From the L.A. Times:

Our hearts are heavy, and our sympathies go out to dearest Marilyn.

Dick, we'll miss you, and will always be grateful for your tireless participation and your friendship.

— Your many friends at PPDC 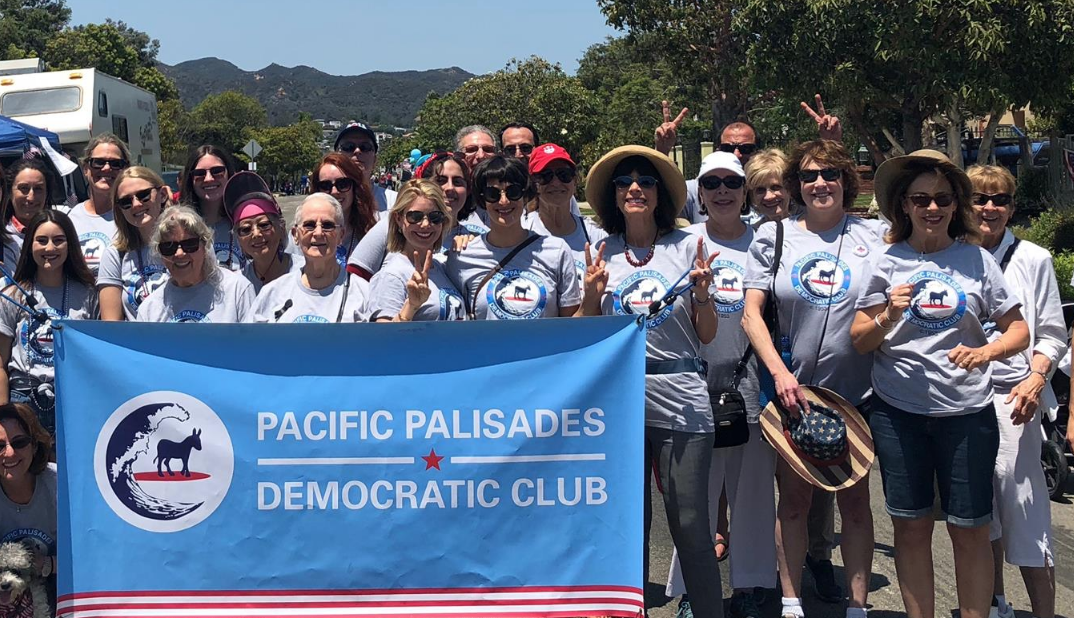 Dear PPDC members and supporters:
It's still time to join or renew your membership for 2021 if you haven't yet!
https://www.palisadesdemclub.org/join

The Pacific Palisades Democratic Club held its Annual Meeting on January 31, 2021. Club members in attendance elected the board of directors and its executive slate for 2021.

The Nominating Committee sought candidates young, old, and in between, moderate, progressive, or other — as long as they were committed Democrats who want to be involved with one of the country's most influential Dem clubs on a regular basis. The mission of this committee was to assemble a slate to be voted on at the Annual Meeting that will reflect the broad base of opinions in the Democratic Party.

Local Democrats were invited to express their interest in serving by sending an email to the Nominating Committee. An application for board candidacy was sent to be returned before December 18. Interested for 2022? Let us know.


PPDC signs on to LACDP resolution calling for the resignation of L.A. County Sheriff Alex Villanueva 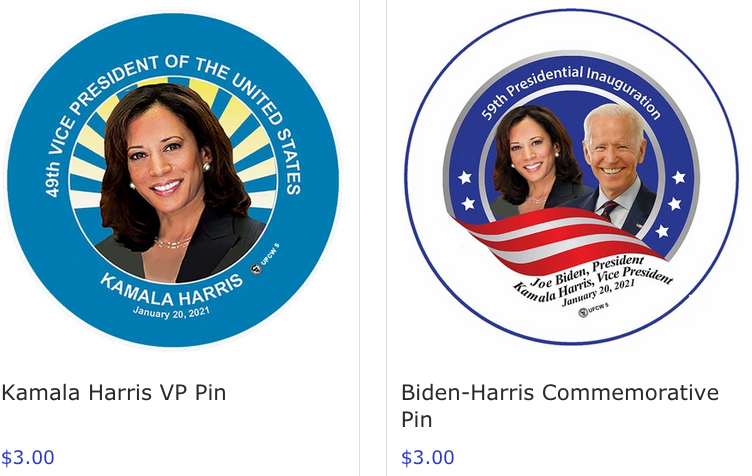 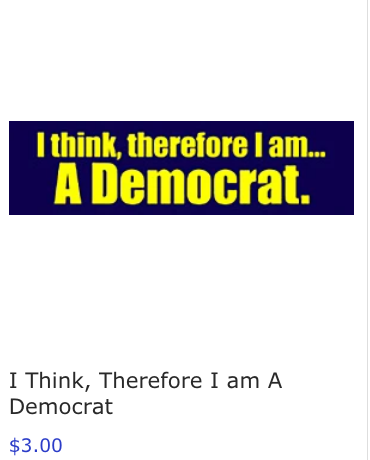 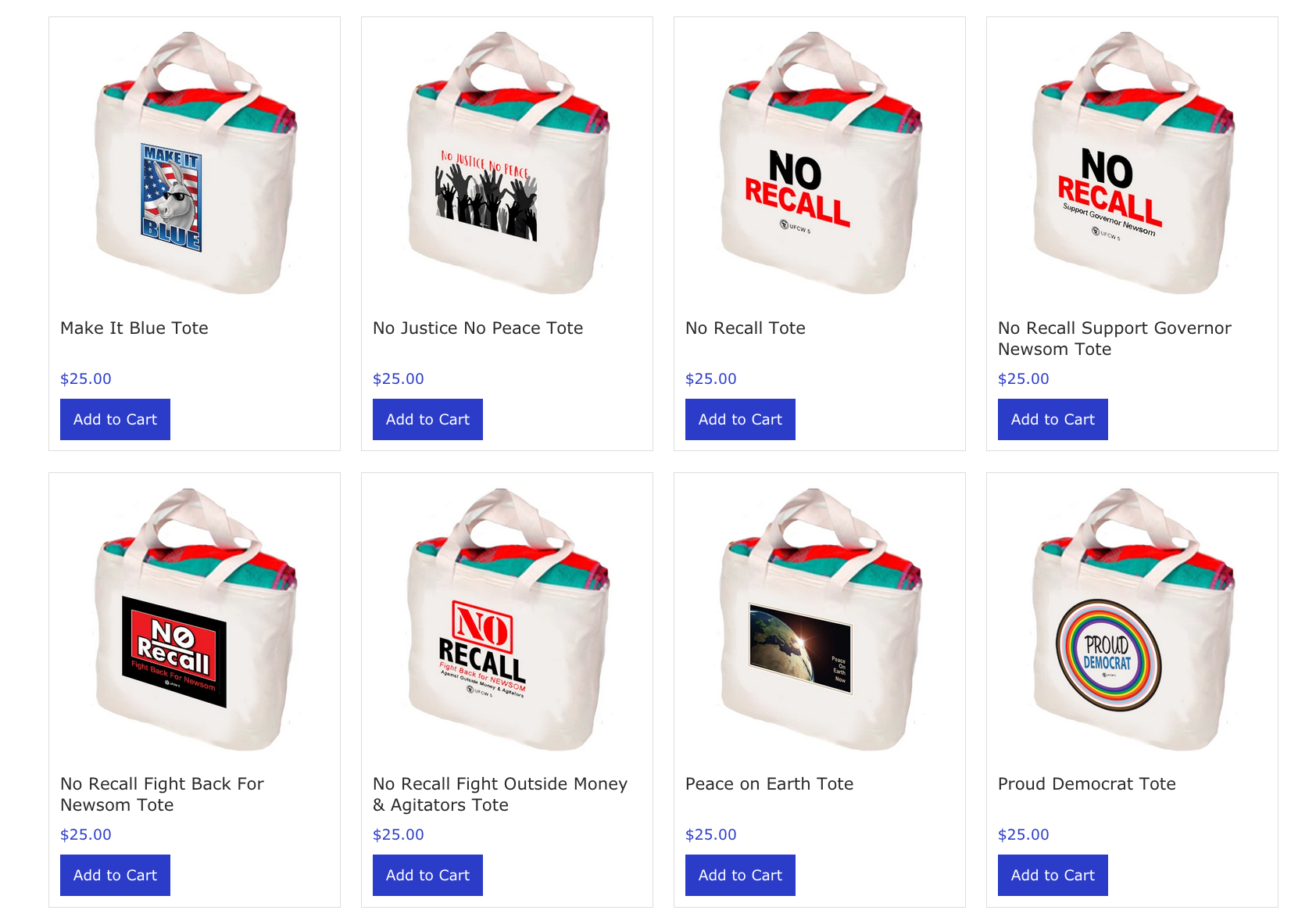 Check out this cool promotional video about our election store,

Most recent past event(s) and announcements

Some hosted or co-hosted by PPDC and the WDHQ, others posted to inform club members

Our Hot Topic is the environment, in partnership with Resilient Palisades,

a new, local eco-activism group you should get to know 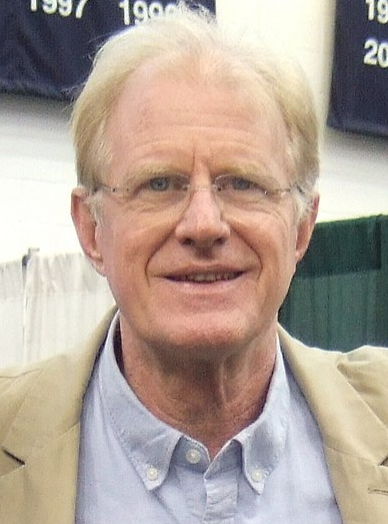 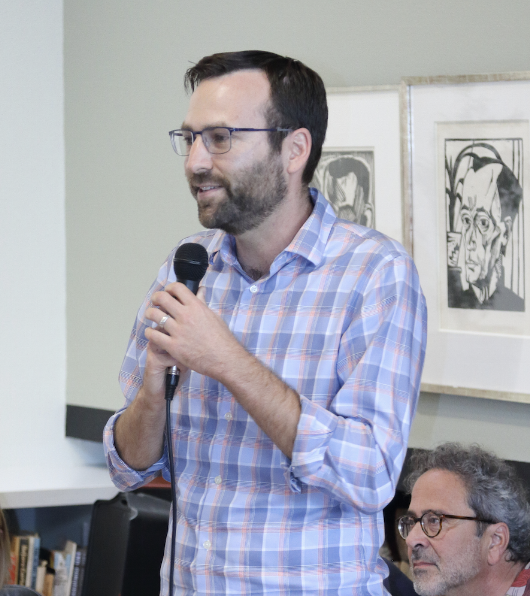 Our Resilient teams will inspire you: To cultivate a GAS-FREE GARDEN

To become mindful of FOOD WASTE • To imagine a SOLAR MICROGRID

To reduce SINGLE-USE PLASTICS • To plant NATIVE GARDENS • Much more

Including a few words on the hot petition to get our local schools to go solar.... Come find out

139 signed up for our
HOT TOPICS SPEAKER SERIES

Electing the President:
The Electoral College Vote and the National Popular Vote 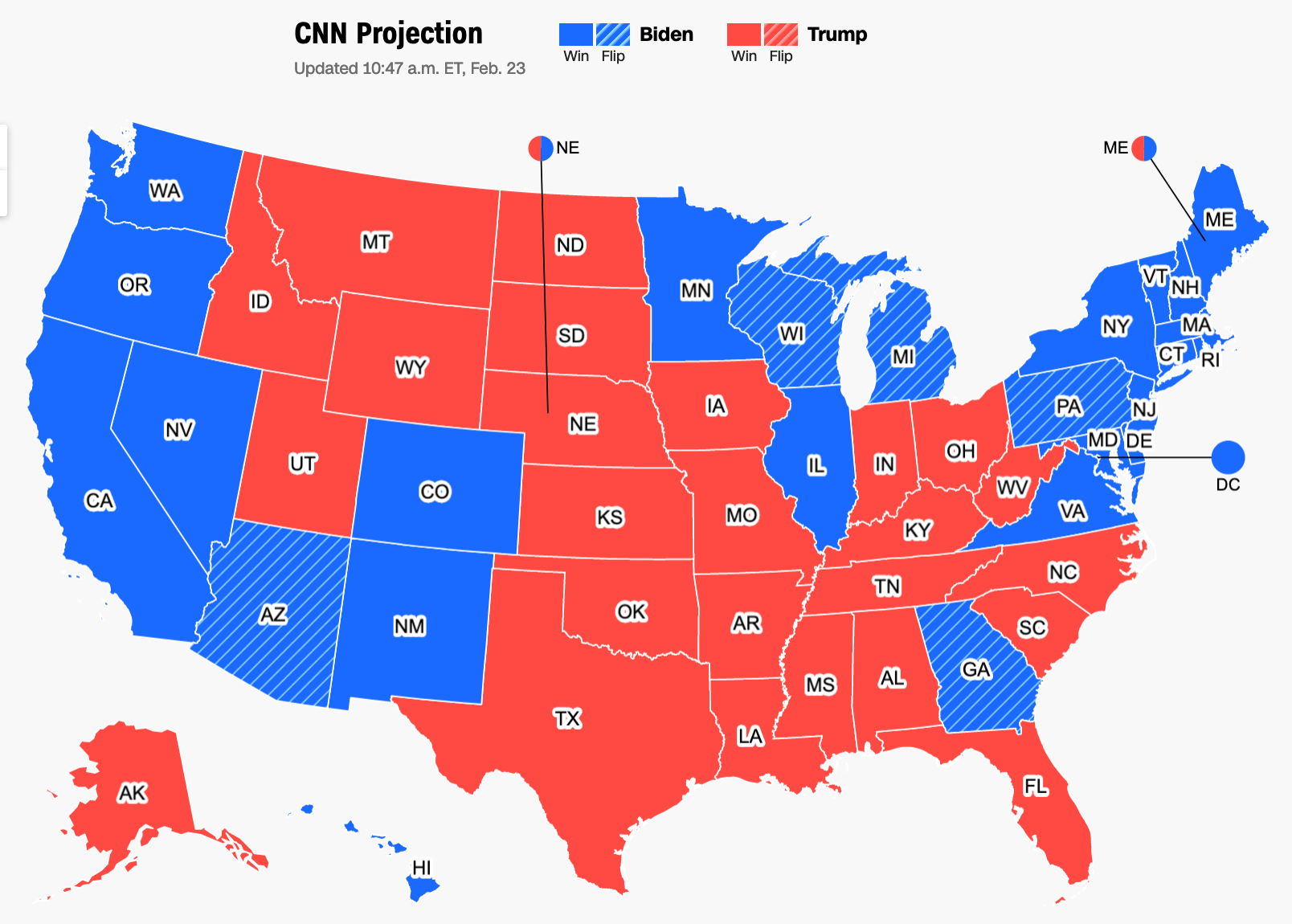 Derek Cressman, who has testified in the US Senate, served as an expert in federal litigation, and authored three books, will tell us:

Can the National Popular Vote Interstate Compact (NPVIC) finally save us from the anti-democratic Electoral College?

Missed it but wish you didn't? Click here for the recording. You might want to cut and paste the passcode

since it's a little hard to remember or type in, we know — we're working on this!

MEET & GREET YOUR ELECTED OFFICIALS*, including… 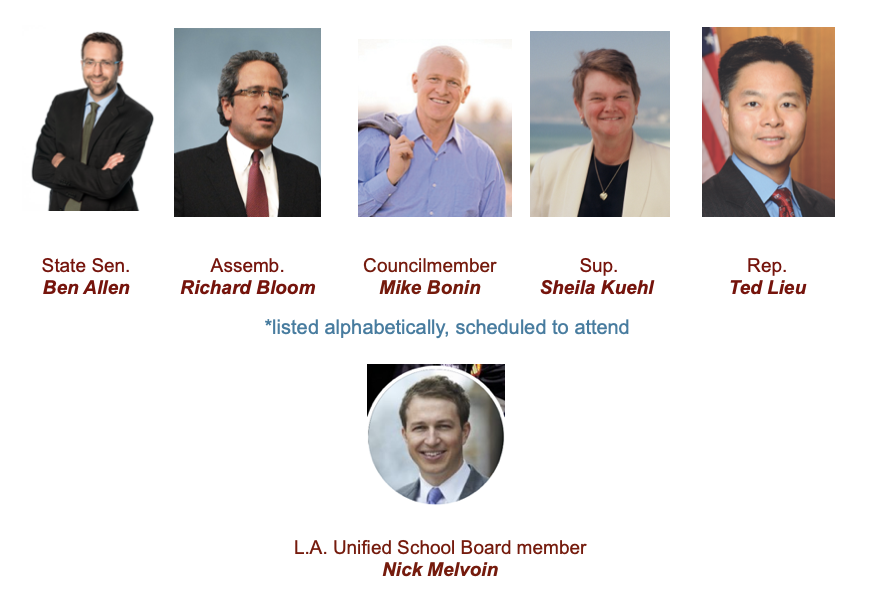 Missed it? No sweat, you can click here to watch

(please skip the beginning — program starts at 33 minutes, 45 seconds in)

There are CA Dem Party elections in which you can have a voice from home via Vote by Mail
They're the ADEMs, and by proxy, >you< can help shape the Democratic Party platform

Two PPDC board members are running
and seek your support

The inauguration is done at last, and our relief and pride are palpable: 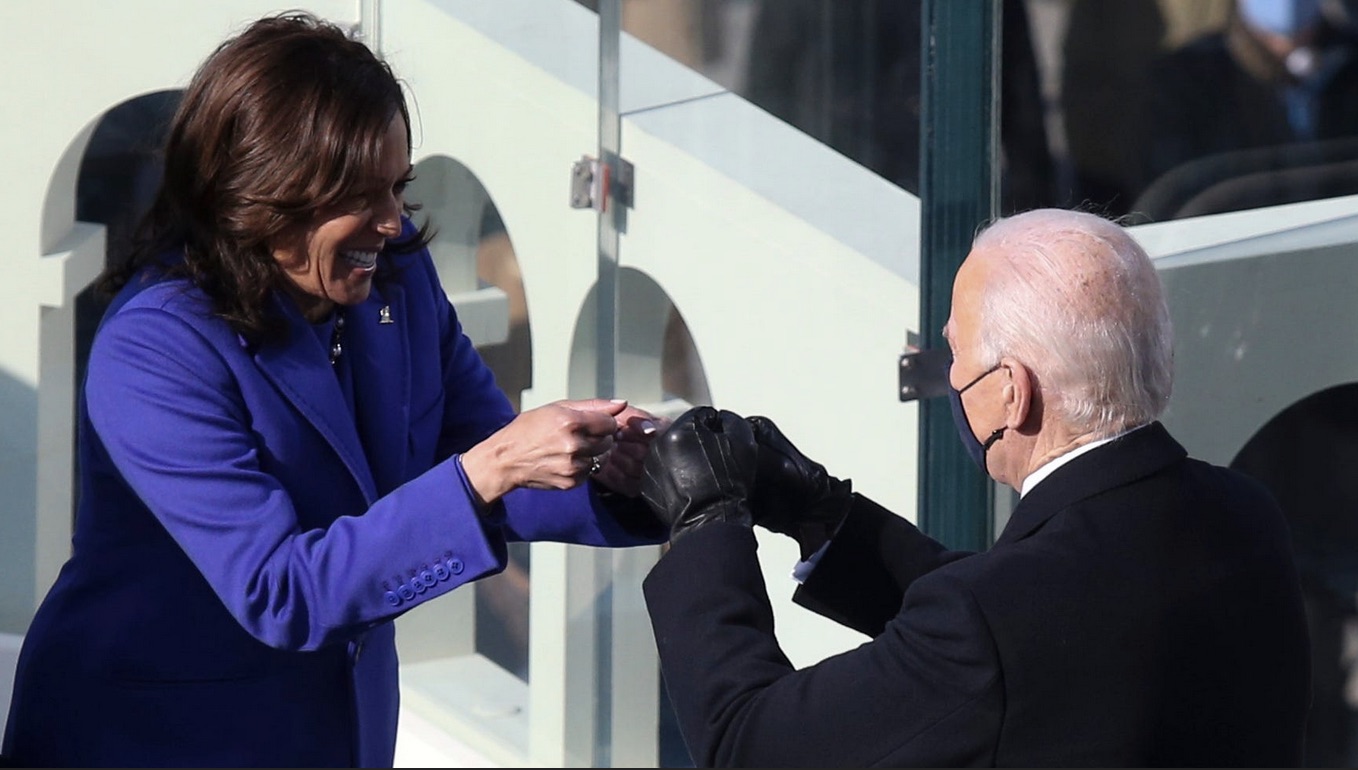 Battle for Senate continues — no wait, we WON! ! ! 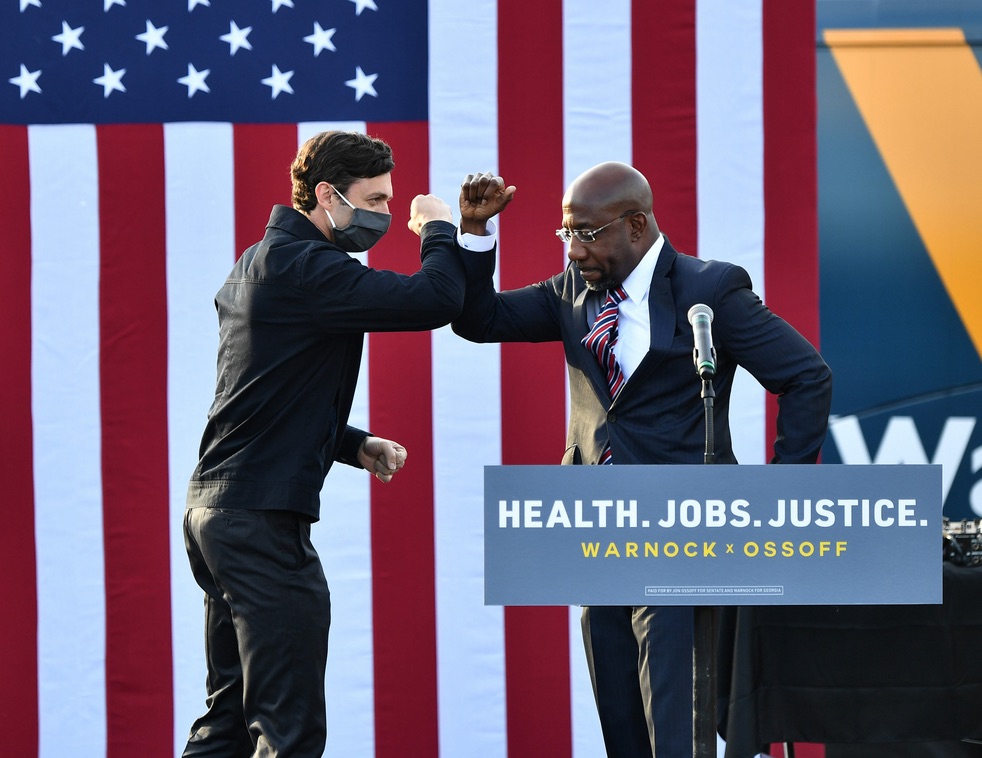 What a testament to all the hard work on the ground, especially in Georgia

but also right here in California with >your< calls, texts, postcards, and donations.

We all did this together!

Want to celebrate with a little political merch memento while supporting our efforts?

Check out this cool promotional video about our election store,

or click here to go right to the store

Your election HQ is still rocking and rolling...

We know everyone just wants to collapse,
but your help is much needed!

None of the above times open for you? Find other
L.A.-based daily ops via our friends at the Grassroots Dems HQ

This is the real deal, the meat and potatoes of fighting for the Senate
(OK, make that tofu and potatoes if you're vegetarian)
And >you< can make a real difference

This is our best hope for the possibility of being able to make major legislative progress these next four years!

PPDC donated an additional emergency $1000 to each campaign on Nov. 5