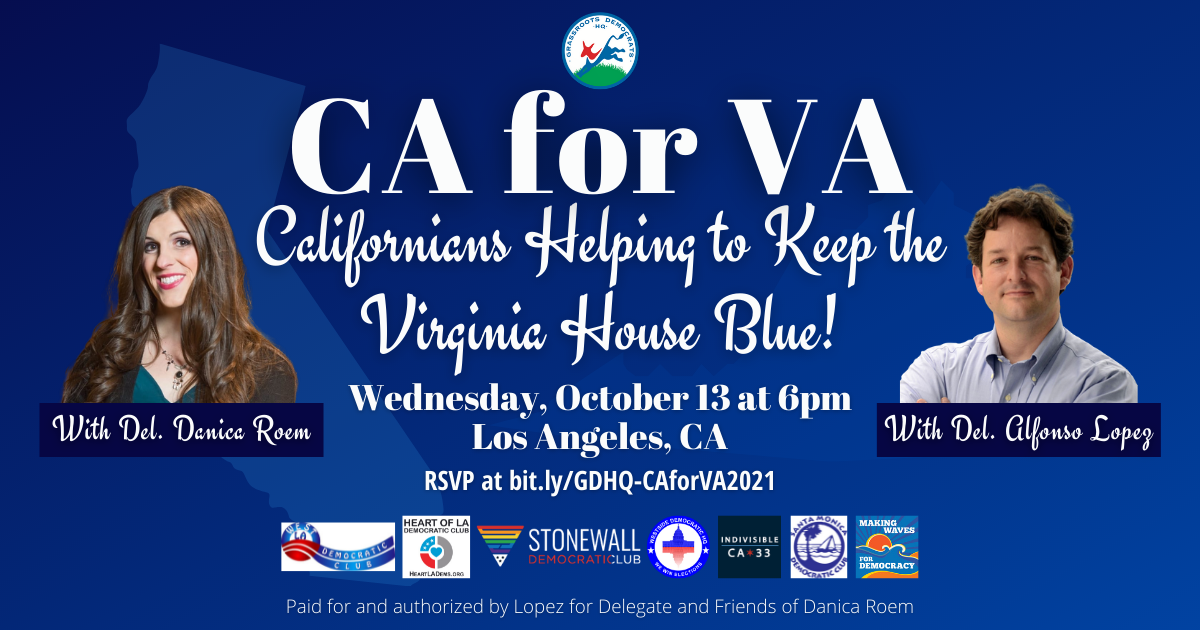 PPDC is also a co-host!

The first battle of the 2022 Midterms is happening RIGHT NOW in Virginia. Let’s send a message to the nation that we are NOT going backward!

All these amazing achievements — and countless others — can be rolled back by a Republican takeover this November.

We will be joined by Virginia Delegates Alfonso Lopez and Danica Roem, Congressman Jimmy Gomez, California State Senator Ben Allen, and a growing list of host committee members to raise funds in an effort to defend the state’s Democratic trifecta in the upcoming statewide elections. Your contribution will help them fight the millions of dollars of Trump Republican money coming into Virginia.