Want to Civilize You Poster of the Week 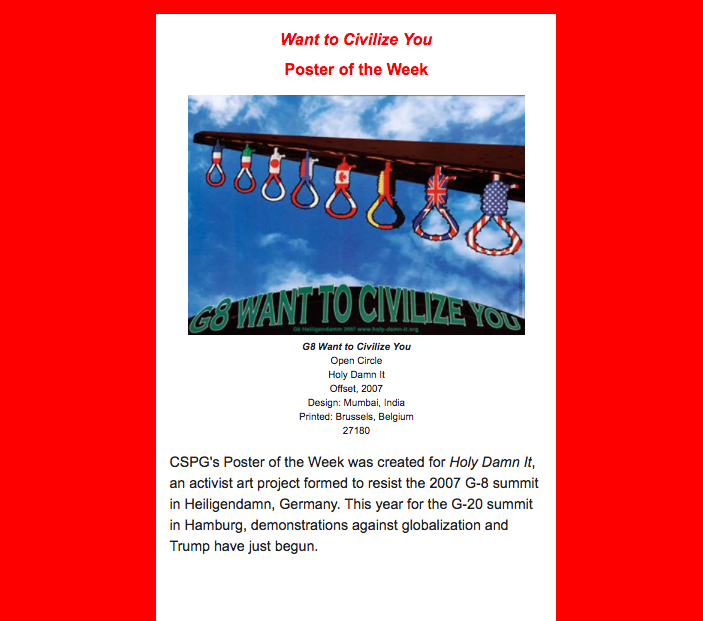 I have campaigned for you in every election.  I did so because I believed that you would work on behalf of the people of California. Californians need your help now.  My wife has a  terminal illness. She requires frequent doctor visits and expensive medication in order to stay out of the hospital.  As she is not yet 65, she stands to lose all health coverage, if our Republican Congress wins their war against the nation's health.  So the political is now personal.

I, too have been diagnosed with a precursor for a very bad cancer.  My elderly mother is likely to be soon placed in a nursing facility.  So many other Californians are in similar, or even worse positions.  Our lives hang in the balance, and Congress does not care.

Governor Brown, we need your help to bring SB562 Healthy California to the Assembly floor.  The bill may not yet be perfect, but it cannot be improved if it remains shelved as you asked Speaker Rendon to do.  This bill, according to the already completed financial study, will save the state billions of dollars.  The economic impact, though, does not stop there.  Without access to healthcare, more people will be forced to rely on emergency rooms for treatment. Read more